Folks, if you haven’t heard about the Organic Health Response (OHR), you should check 'em out. Over the years, I've supported and watched the Ekialo Kiona Center on Mfangano Island, Kenya grow, and they've done a great job with their innovative integration of tech into community programming.

There was a slight delay in receiving this post I'm about to share with you because the folks in Kenya were busy preparing for World AIDS Day at the beginning of the month. OHR reported that it may have been one of the largest celebrations to date.

Here's the most recent update, written by their youth radio team at the Ekialo Kiona Radio community radio (EKFM), managed by EK Radio Coordinator, Samwel Karan. (Note: a high thump is what most of us call a high five...) 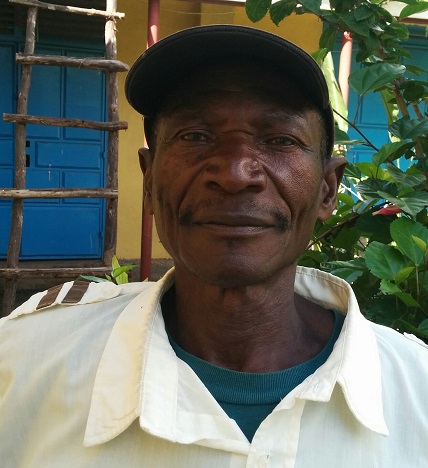 Peter Otieno Otindo, about 71 years old, is a native of Mfangano Island, Kenya and a member of Kitenyi village. He has lived on the island all his life. Still strong, no one would believe his age matches his physical appearance. Currently Peter serves as the head of security at the Ekialo Kiona Center (aka “EK Center”), a 100% solar-powered IT resource facility, located on Mfangano in Kenya’s Lake Victoria.

Looking back on the Mfangano Island of his early youth, Peter believes that things are different. “Scenarios have changed after scenarios,” he says. “Many good things have come but some other good things have gone away.” The coming of the EK Center gives Peter a sigh of relief. “I am happy for the coming of EK Center. All the questions that have lingered in my mind about Mfangano’s future, I think, are now being addressed and the people of Mfangano Island can now feel the pain of our current challenges. EK’s programs cut across most of the essential aspects of Mfangano Island’s basic needs and is embraced by the entire community.” 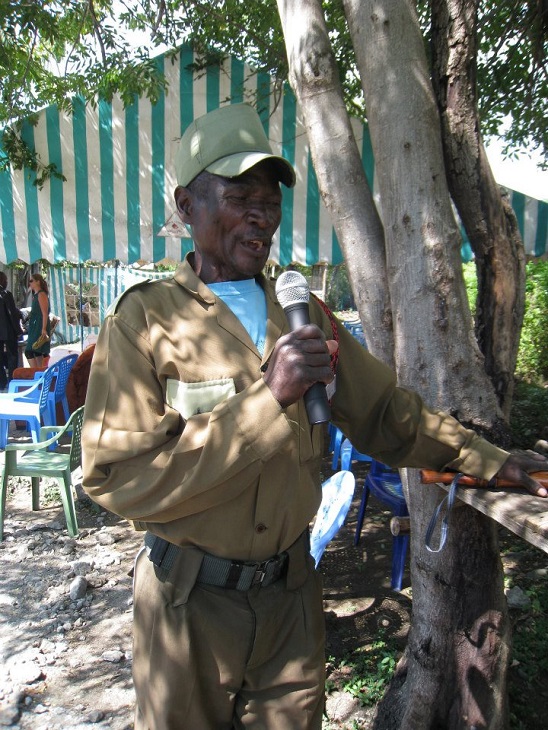 EK's security chief, Mzee Otindo, gets a first chance to hear his voice over the radio.[/caption]

Specifically, Peter points to the EK community radio station. “EKFM Radio has become the icon of Mfangano Island and the Suba community. Everywhere in Mfangano, as you walk, you hear people talk about ‘EKFM’ - ‘it is our radio!’ People love it. Many others fear doing things that they know are disastrous to the Mfangano community and its environment because they believe someone would see them and report to the radio to be aired. So many are becoming a bit responsible than before,” Peter says as he looks at the Soklo mountains. He is certain that the radio shall play a very key role in helping to shape the entire community’s perspective and actions in making it a better place to live in. He thanks the EK Center, OHR, and their partners and donors for the bright ideas and the dreams they have had for this community.

He concludes, “EK Center needs a high thump for redesigning Mfangano community’s future. This does not require a request; instead it is a demand. Mfangano people, let’s give credit where it deserves. Let us support this initiative and own it as our own because it will help us see our destiny better.”

How Culinary Programs Replace Homelessness, Addiction, and Incarceration in DC

From Barriers to Benefits: Impact of Community Radio in Western Kenya

Half a Life in Customer Service

$100K to Support Teachers Working in Military Family Classrooms - Can You Help?