Last ten years, I’ve plunged into the world of philanthropy, and I’ve seen a lot of good people doing a lot of good for other people.

However, I’ve been surprised, seriously shocked, to see a lot of fake nonprofits who exploit the misery of others to make a buck, and who take resources that might otherwise relieve suffering.

I’d like to start an initiative which could help identify bogus charities, which I could then pass on to the right enforcement people, but until now I’ve had trouble finding orgs focused on this problem. (Normally I prefer to find people who’re effective and then help them get the job done, but just can’t find ‘em, in this case.) 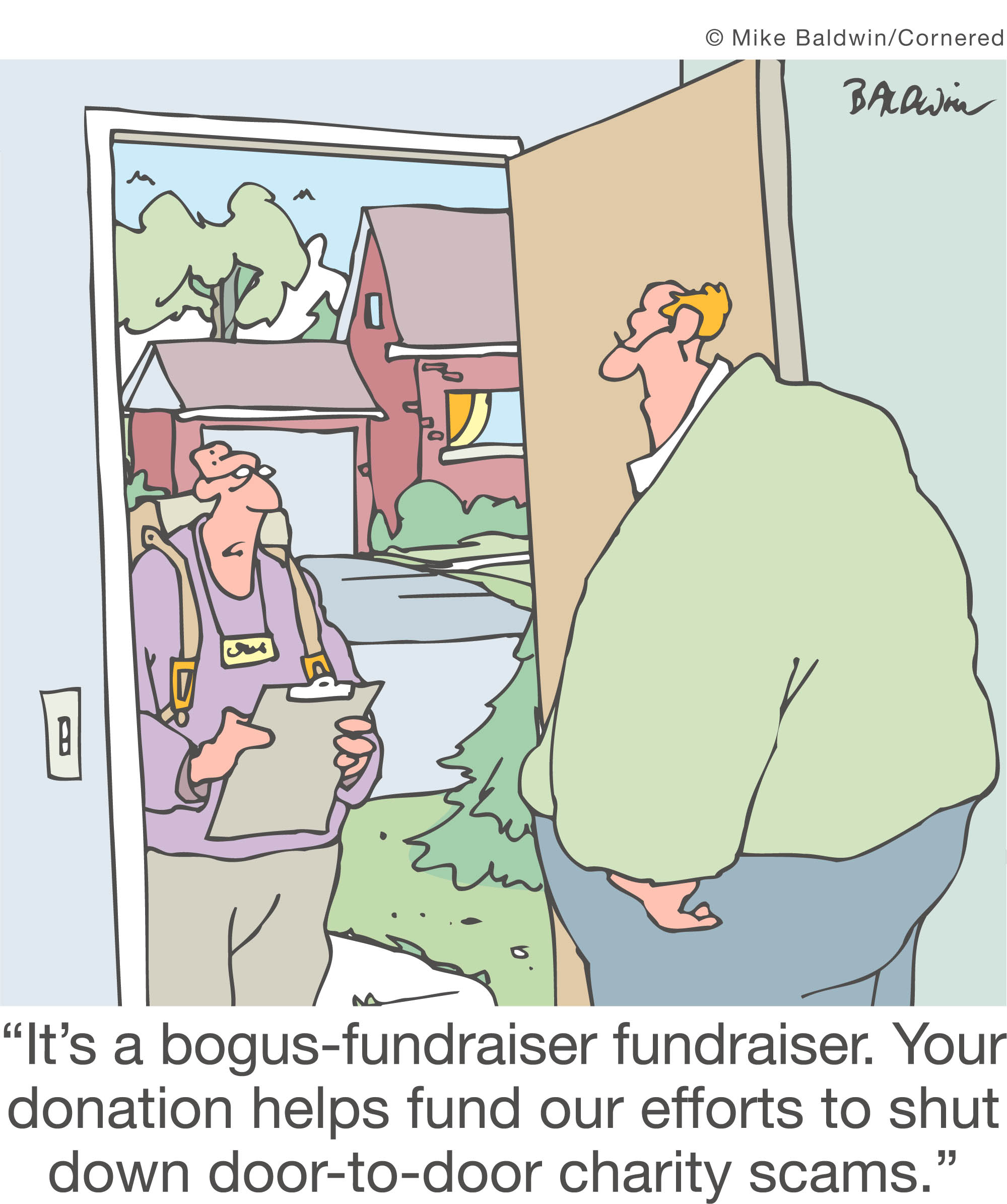 So, here are some red flags, warning signs that a given nonprofit might be running a scam. Looking ahead, please note that high overhead costs can be problematic and linked to bad guys, but people have over-reacted to that, and it’s frequently not as bad people sometimes think. Be careful.

Major paradox here: story telling is a vital part of outreach, helps find potential clients, good for finding contributors and for awareness building. Honest nonprofits can be good at this, but in some cases the story is too good to be true. The scammers help a few people out, enough to build a cover story, no more. Sometimes their anecdotes are faked.

Nonprofit pros suggest “no stories without numbers and no numbers without stories.” Story-telling is a big deal, but it’s imperative that nonprofits back up their stories with real numbers that show actual results.

Do your research really well if you think an NPO’s story doesn’t pass the smell test.

Bad nonprofits can be exposed by honest ones, simply by standing up and calling out the bad. However, the bad guys are way better at PR and disinformation than the good guys, so the legit nonprofits normally back down.

3. Use of mercenary, for profit, no vetting campaign service

There are campaign management sites, run for profit, that will help run a campaign without vetting them. That means such sites, often benevolent, will also be complicit in some really ugly efforts.

IRS form 990 will list senior employee salaries, and you can judge for yourself if they seem really high. (Sometimes they don’t file 990s, which is a bad sign in itself.)

Sometimes exceptions are justified, like at small think tanks.

5. Lack of clarity regarding goals and expected results

Any nonprofit should explicitly list their goals in terms of fulfilling their mission. If they’re obfuscating their goals in mission in favor of emotionally manipulative language, might be they’re hiding something.

A really good conversation with the folks at GuideStar provided useful feedback and clarity in areas where I’m still learning.

This is a really bad situation, and I’ve just heard that the folks at the Markkula Center for Applied Ethics are launching a related program, which offers hope. They’re the same folks who’re doing The Trust Project, about getting news we can trust.

GreatNonprofits, GuideStar, and Charity Navigator deserve credit for helping out in this world, but I’m hoping for something deeper, and tougher.

Why Wikipedia Could Become the People’s Newspaper of Record

From Barriers to Benefits: Impact of Community Radio in Western Kenya

Poll Shows Social Media Usage is Growing, But So Are Concerns On Personal Privacy

How One Nonprofit Is Fighting Hunger At Its Roots